The FIP ‘VKD’ is a true union ball valve particularly suited to industrial applications where high performance and reliability in service are primary considerations.
The patented ‘Seat Stop’ system assures the longevity of the seals particularly in cases where thermal expansion is expected. It is possible to micro-adjust the seats. Accidental loosening of the ball carrier is impossible and the radial dismounting of the valve body can be done in complete safety.
The new patented Dual Block system allows proper union nut tightening without any risk of unscrewing.
Automation is made quick and easy when using the AVS manu-factured ‘QuickFit-F’ mounting kit.

Product support is available either via the Knowledge Hub, click the on-line chat icon during UK office hours, by emailing [email protected], or calling! 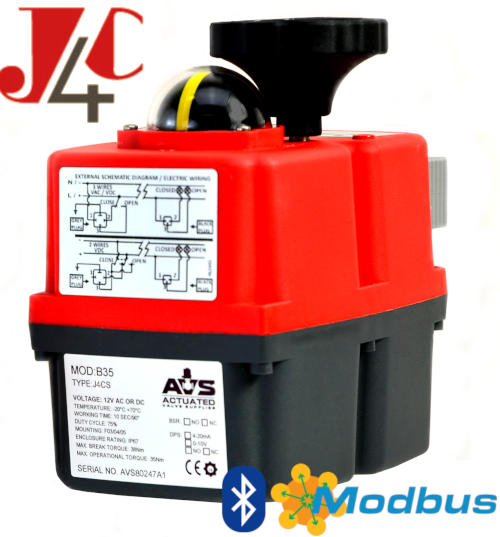 AVS have been lucky enough to get an early look at J+J’s newest actuator and wanted to share with you some of the features of the new range. 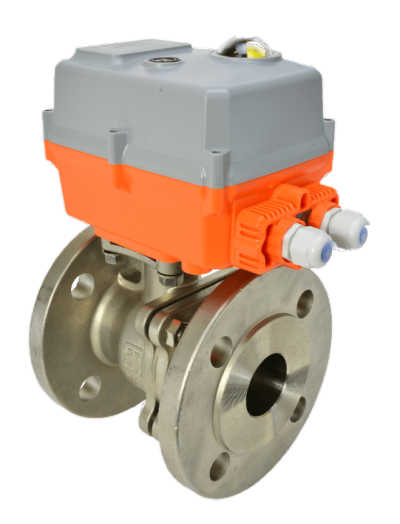 Failsafe electric actuators divide engineers and specifiers as the more popular system over the
last 15 years of a trickle charged industrial battery back-up system, is falling out of favour due
to the security issues around transporting battery operated systems by air. Mechanical failsafe
actuators using springs are an expensive and heavy alternative. The AVA failsafe actuator
employs internal capacitors to store the energy needed to create the failsafe movement, these
simple electronic components are light, are free of security issues, and very cost effective.
Problem solved.