Home » Knowledge Base » AVS Academy » What is a Modulating Electric Actuator?

An electric actuator in the valve automation field is a device that converts electrically generated high speed low rotary motor torque into low speed high rotary torque which, when coupled to a part-turn or multi-turn valve, drives the valve.
Modulating electric actuators have an internal system that positions the output shaft to an input control signal, proportionately. Unlike on-off electric actuators, modulating actuators do not necessarily travel the full span from open to close in one movement, but move only according to the change in the input control signal. The proportional positioning is set by the input signal, say 0-10V where 0V is closed and 10V is open, 5V is 50% open.
The positioner constantly monitors and compares the input control signal proportionately with the physical position of the output drive. If a difference exists, the positioner sets the direction and run time of the actuator motor to cancel the difference.
Typically the analogue control input signal is 0-10VDC, or 4-20mA, and some modulating electric actuators provide an output signal so that the control can be a closed loop system, whereby the achieved position is compared to the desired position.

Typically there are 2 methods of monitoring the physical position of the modulating electric actuator’s output shaft, either using a mechanical device, typically a potentiometer driven by a gear connected o the output shaft, or digitally sensing the shaft position. Until recent years the mechanical potentiometer system has been the only choice and generally performs well, but as in any mechanical system there is the potential for failure or wear of the components, and this was a downfall of the use of a potentiometer in the shaft feedback system. 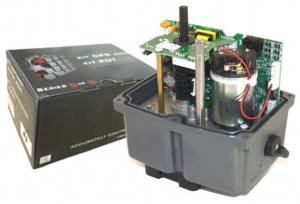 With no moving parts this more modern digital position sensing is both more accurate and less likely to suffer from in service failures when compared to the former mechanical potentiometer
system of shaft position identification. 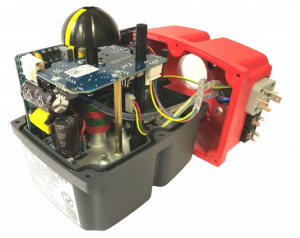 Product support is available either via the Knowledge Base, click the on-line chat icon during UK office hours, by sending us an email, or giving us a call!